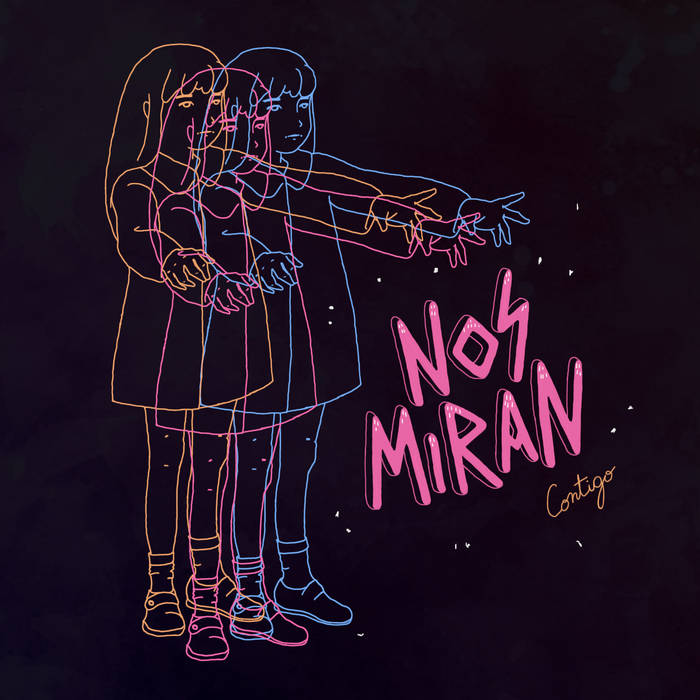 This Single is only available in digital format

With this new release, NOS MIRAN are taking over. With that name that is so mysterious, and those videos where they develop that universe all their own that navigates through the irrational, NOS MIRAN radically abandon their more pop spirit and leap into building on minor chords, developing a darker Digital EP, openly hazy, and that turns restraint into tension, turns the unknown into poetry. Meandering between Italo disco and the dream house sound, with electronic and minimalist bases, they develop that strange world around the dance floor.

The best proof is that “Mientras Bailo”, which defines a dreamlike world that is hard to describe, that searches for a connection with the listener through something other than logic. Or the more solid “El Planeta”, which moves them closer to KRAFTWERK and MORODER, with DEVO’s martial tones and the dreamy strength of YELLOW MAGIC ORCHESTRA, stellar space travels through geometric dreams. “Contigo” marks a change compared to the others: less psychedelia, more direct, breathtaking, as if LIO and SAINT ETIENNE were in the midst of a deep melancholy for some impossible love. By the way, the video is once again directed by Antonio Maiquez, who is becoming an intrinsic part of the definition of the aura surrounding NOS MIRAN. “Algo Va A Ir Mal” is a difficult, pessimistic, sad, closing song that is not for dancing, almost closer to shoegazing. But like artists with something personal to offer, Sergio Rodríguez and Marta Quintana know how to turn the painful into something beautiful. Their world is disturbing and poetic, undefinable and inexplicable, and that is what makes it a mix of attraction and excitement for the listener. Like when you let yourself get carried away with something that you know is not good for you, but somehow you feel like you have to be there, like it is where you are going to be safest. As they say, it’s a distorted world, but maybe it’s the best possible world.

Bandcamp Daily  your guide to the world of Bandcamp